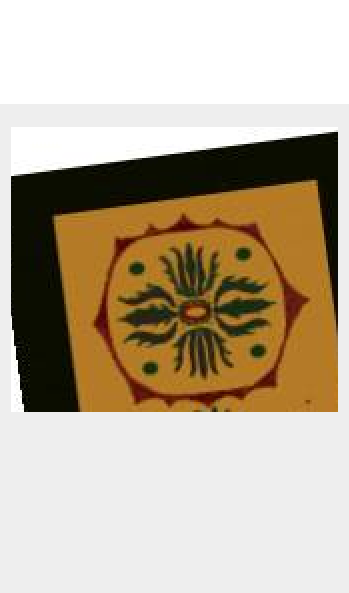 were Persecuted for Christian Cannabis

Rev. Dr. Anne Armstrong, a newsmaking “radical Catholic” clergywoman at The Healing Church whose controversial services use Hebrew Biblical KNH BSM (cannabis) for Communion instead of wine, is at it again  --  now, she’s claiming the Shaker sect of reclusive Christian furniture makers began as a religious cannabis church.

An 1845 floor cloth made by early Shaker Hannah Cohoon with the Tree of Life depicted as what appears to be a cannabis plant, with clues both visual and literary, triggered Armstrong to dig deeper after the art was discovered by Church scribe Adam Umansky, recently featured in group Hebrew prayer with KNH BSM on a cable TV show episode about Armstrong’s church. 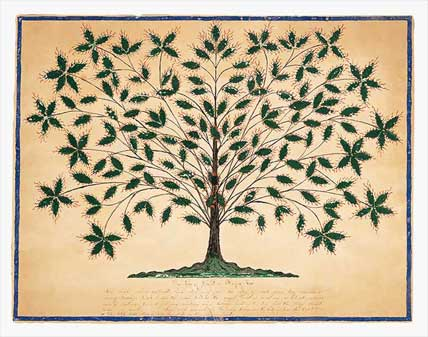 “The Shakers were oppressed women herbalist healers led by Ann Lee, chased from town to town in New England for the Tree of Life they saw in angelic visions and portrayed in their art as cannabis, or, as the Bible calls it, KNH BSM,” says Armstrong, who thinks they were persecuted for healing with it.

Alan Gordon, Canon to The Healing Church, co-authored a free downloadable e-book about Biblical KNH BSM references with Armstrong,, says the floor cloth is visually similar to cannabis in 3 ways (palmate leaves, green flowers difficult to distinguish from foliage, and red pistils, that it additionally contains a written caption description of cannabis’ appearance of being coated with silver dust-like substance (tiny resin glands that reflect ultraviolet light with their UV-reflective pigment, THC).

Umansky, who says he found other Shaker cannabis art (see below) says “back in the 1840s, before mobile electronics, they had to make their memes on floor mats and wall hangings.”

Armstrong and Gordon’s Biblical cannabis e-book claims that the Bible’s aggregate depictions of the Tree of Life, taken together, depict it to be just like the Shaker art  --  closely resembling cannabis.  The pair claim to have photographed similar Bible art in Catholic churches from Boston to Washington DC, depicting KNH BSM in its Biblical narrative context, but have been accused by critics of seeing whatever they want to see.

“The difference here is that Ann Lee was known to have been chased around New England getting rocks thrown at her for daring to heal people with plants, after her followers kept seeing Tree of Life visions,” says Armstrong.Armstrong and Gordon were recently accused of stealing Mexican Catholic sacred cannabis art, but filed suit after police seized the painting and gave it away without filing charges. 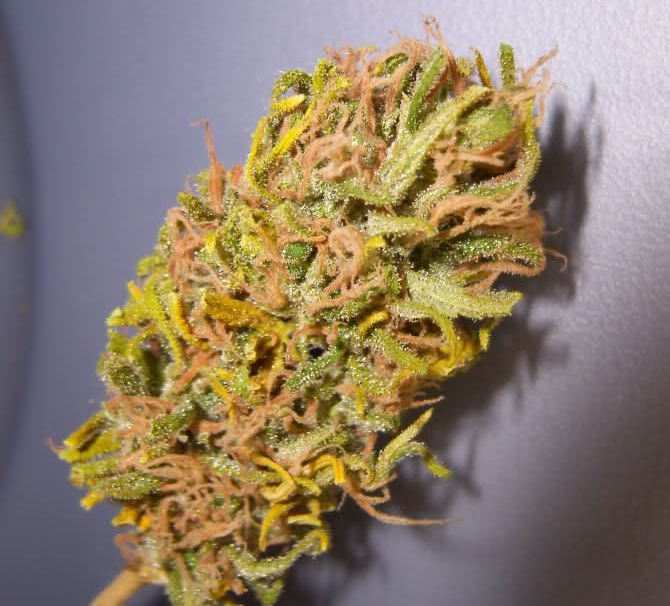 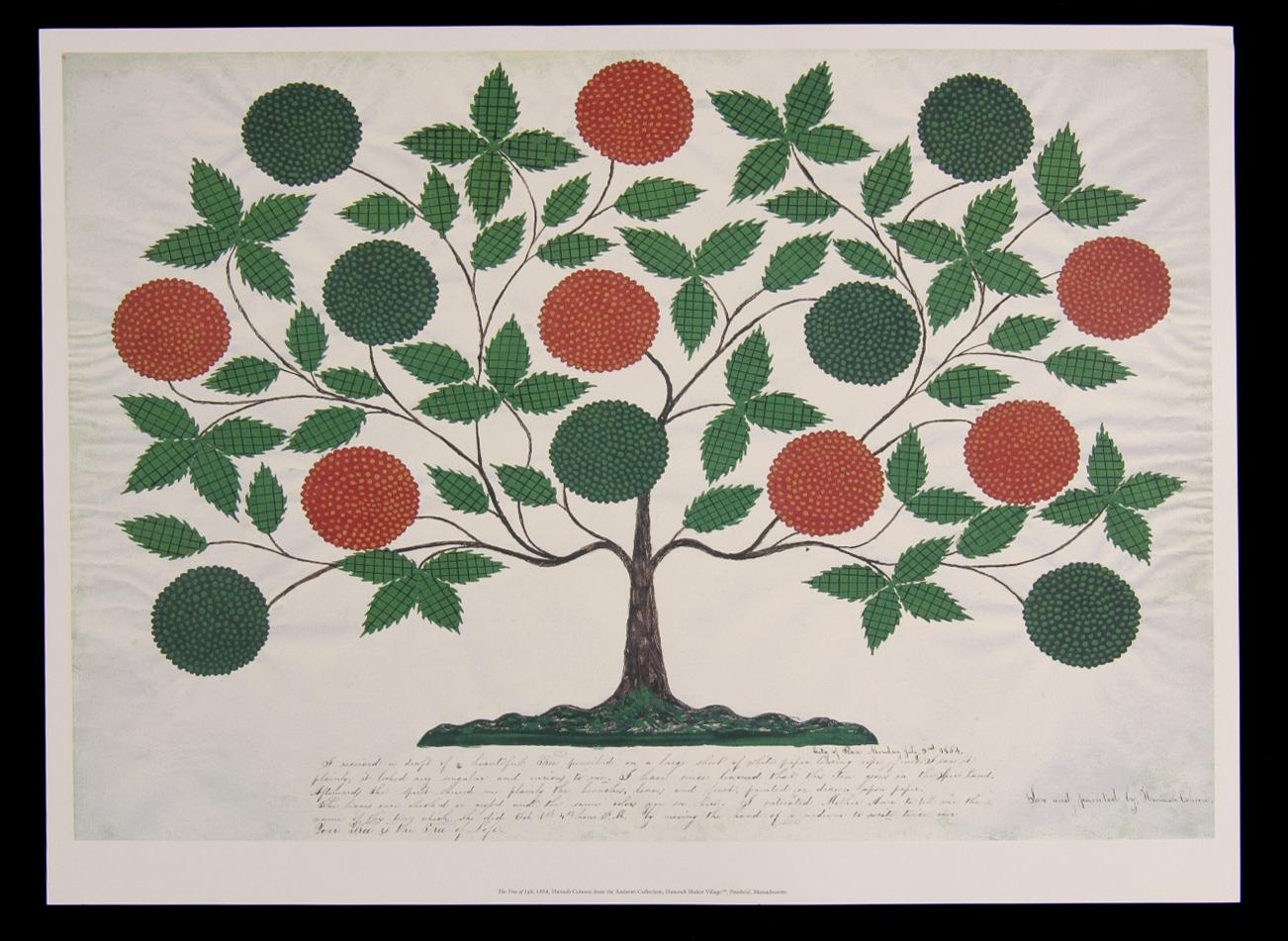 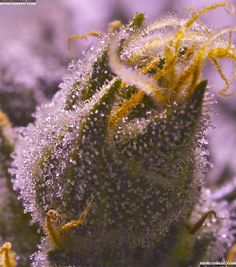 "The Tree of Light or Blazing Tree

“The bright silver colored light streaming from the edges of each green leaf resembles so many torches. I saw the whole tree as the angel held it before me as distinctly as I ever saw a natural tree, I felt very cautious about taking hold of the tree lest the blaze should touch my hand.”

Misunderstanding about the true nature of the cannabis plant and its role in Jewish and Catholic practices throughout history have led to the mistaken inclusion of cannabis in the Controlled Substances Act and the demonization of what Catholic mystics called “Mary’s Medicine” under the sacrilegious name ‘m----juana’.

The Church also provides the model by
which the sick can be healed and
relieved of their burdens.

A flourishing Healing Church can continue the apostolate of compassion long practiced by the catholic church. St. Scholastica, the twin sister of St. Benedict was reknown for healing convulsive children with cannabis oil. St. Hildegard of Bingen, herbalist, musician and Doctor of the Church, healed the sick with cannabis oil and documented her work extensively.

But a worker is entitled to her wages. How, then, do we reconcile the demands of justice with the demands of mercy? Our traditions teach us that the flowering tops of the plant described in Genesis 2:22 be shared among all people like a mother shares food among her children. How can we meet this requirement sustainably?

Regenerative Braking for the War on Cannabis

“On reaching the top of a long steep hill, if we do not want to coast, we convert the
motors into dynamos, while running at full speed, and so change the kinetic energy of the
descent into potential in our batteries. This twentieth century stage-coaching is one of the
delights to which we are heirs, though horses are still used by those that prefer them.”

From: A Journey in Other Worlds, by John Jacob Astor IV, published 1894

Cannabis Species is Indicated by 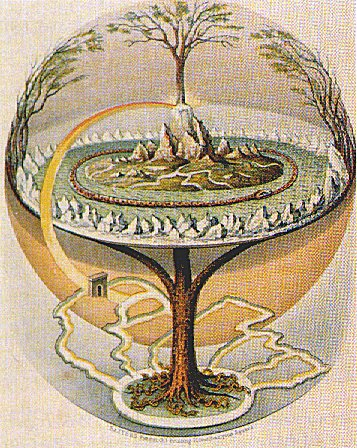 When the Tree of Life is mentioned in the Bible, its depiction tends to list only one or two attributes at a time, but, in aggregate, the attributes look startlingly like cannabis. The Bible’s Tree of Life is referenced in Genesis, Isaiah, Ezekiel, Daniel and throughout the New Testament, but only by combining all the references, to gain an aggregate index of the plant’s attributes, can a species be identified at all. It matches the appearance and effects of modern cannabis.

Scripture says the Tree of Life is a species, as opposed to just a single individual plant, for example in Revelations 22.

The Bible says this species has 2 forms, a tall/straight (sativa) variety, and short bushy/viney (indica) variety.  These two Tree of Life forms, or phenotypes, says the Bible, can apparently be as easily crossbred as the 2 kingdoms, Israel and Judea, were at the time of Ezekiel.

The Tree of Life can even grow from cuttings, which can root directly in water like cannabis. In the Bible, the Tree of Life can root directly in water, just like cannabis is often grown hydroponically.  As St. John prophesied, the Tree of Life would one day grow in cities with glass streets and glowing multicoloured gems, under a special sun which neither rises nor sets  --  this sounds startlingly like an ancient mystic’s frantic attempt to describe his vision of a future greenhouse supplemented by LED grow lights, in the era before glass windows or electricity by which he could have understood what he saw.

In the Bible, many species of birds shelter in the Tree of Life, just as in real life, cannabis seed is such an important bird seed that in 1937, birdseed companies lobbied for an exemption for its seed when cannabis was first banned, claiming that many birds simply will not sing without it.Animals give birth under the Tree of Life.  Cannabis has long been associated with birth, due to its womb-relaxing properties, which were so noteworthy that midwives in ancient Israel used it routinely for that purpose.Its foliage is a medicine.

“Inebriate” means, essentially, to “Hebrify”, i.e., make the aroma soothing to the Lord.

BANNED PAINTING HAS CANNABIS IN HER SWORD HAND

Back when a newly unified Germany still included Austria, until this painting was banned in 1866, Germany was heavily Catholic, and she was not Der Fatherland, but the Motherland -- Germania, holding cannabis and a sword in her right hand, take your choice, life or death.

But then Bismarck & the Northern Federation banned Priests from speaking, stomped out Catholic art, and brutally silenced Mother Church, until the Pope died. By the time Protestant Kaiser Vilhelm was in place, it was over -- Catholic KNH BSM art was dead in Deautscheland.

Also, see how similar her dress is to Our Lady's?

(Providence, RI)  --  A famous Catholic painting at the center of a cannabis church legal dispute has begun spontaneously weeping miraculous Biblical anointing oil with cannabis in it, out of their possession, far away in Florida, say organizers at The Healing Church, who use cannabis for Communion.

Iconic Church leader Rev. Dr. Anne Armstrong made a splash last month when The Providence Journal and counterculture news sources reported Armstrong’s claim that 16th century Our Lady of Guadalupe miraculous image, had cannabis flowers in the showing in the Blessed Mother's dress.  A famous replica copy of that image, the Missionary Image, was in Armstrong’s legal guardianship when a retired judge, opposed to Armstrong’s views, claimed ownership of it.  This led to a search warrant being served, and, ultimately, to the hefty charges faced by Armstrong and Church canon Alan Gordon for a cannabis garden the 2 say was well within the State’s then-loose medical exemptions.

“The painting was seized as evidence with a warrant, but never entered into evidence, and instead shipped illegally to the retired State judge who said Reverend Anne couldn’t be its guardian for her beliefs,” said Gordon.

According to Armstrong and Gordon, now, 6 months later, the Judge, named in the Church’s  federal lawsuit, is publishing on his web site a claim from women in Florida video-linked that the paintings forehead (where anointing would be applied in hebrew tradiotion) is glistening. Had Armstrong and Gordon applied any type of oil other than “incorruptible” Biblical Anointing Oil to the painting 6 months ago, it would not still be glistening 6 months later, owing to dust, oxidation, and other dulling, the two say..

Armstrong and Gordon both declined comment as to whether or not the painting was anointed while in their care, but it should be noted that the painting’s anointing spot is on the same exact spot where Armstrong’s church members were recently featured anointing TV show host Krishna Andavolu of ViceTV’s Weediquette, which recently aired an episode about Armstrong's church and practices.

Armstrong and Gordon confidently insist testing will show the material on the painting to be fresh anointing oil, with cannabis in it, even though they have not been near the painting for over 6 months.  Asked how they can be sure, Armstrong said “The Blessed Mother told us.”As for suspicions of fakery, Gordon says “after police took the painting from us, they put it into the hands of someone who calls himself our enemy, a retired Judge from Vermont.  He then shipped it to people we never met, in Florida.  We cannot fake that.”

Most modern biblical
scholars agree that Jesus
and the disciples healed
the sick and cast out
demons with cannabis oil.
Cannabis resin is
specified by name in
the Bible.