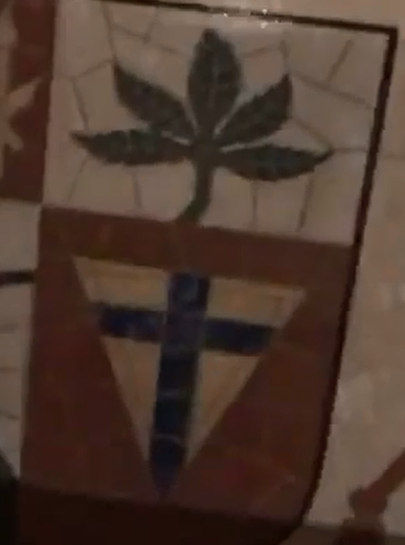 Cannabis Row Widens at Basilica, as 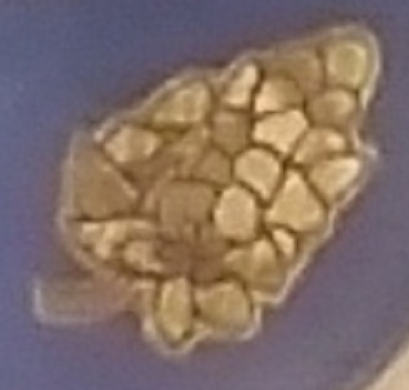 Last week’s Catholic controversy over contested cannabis prayers in the Washington DC National Basilica shrine to the Blessed Mother has taken a turn for the weirder, as Church officials stand accused of literally moving chairs in the Basilica shrine to hide Catholic Biblical cannabis art.

Event organizer Rev. Dr. Anne Armstrong, leader and Deaconess to The Healing Church in RI, says prominent Catholic cannabis art that can normally readily be seen at the National Basilica (just as it can be found in most pre-Prohibition churches’ narrative Bible story art) has been deliberately hidden by a series of chair re-arrangements by staff there.

Armstrong cites three recent highly suspicious chair movements by Basilica staff, each of which obscured what she says is cannabis art from public view.  In the most recent example, the Basilica’s Byzantine-Ruthenian Crypt Chapel appears to depict a cannabis leaf in one of 3 Papal insignias inlaid into the floor. 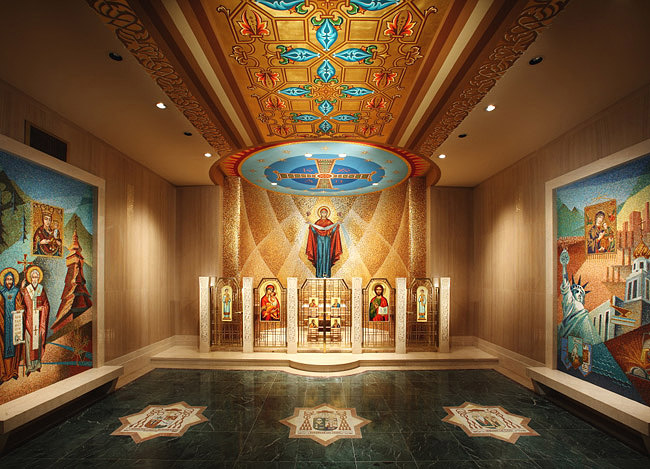 NOTE: This is the same Chapel over which Armstrong and the Basilica tangled for eclipse Services, as it was selected for its depiction of the eclipse on the ceiling fresco. 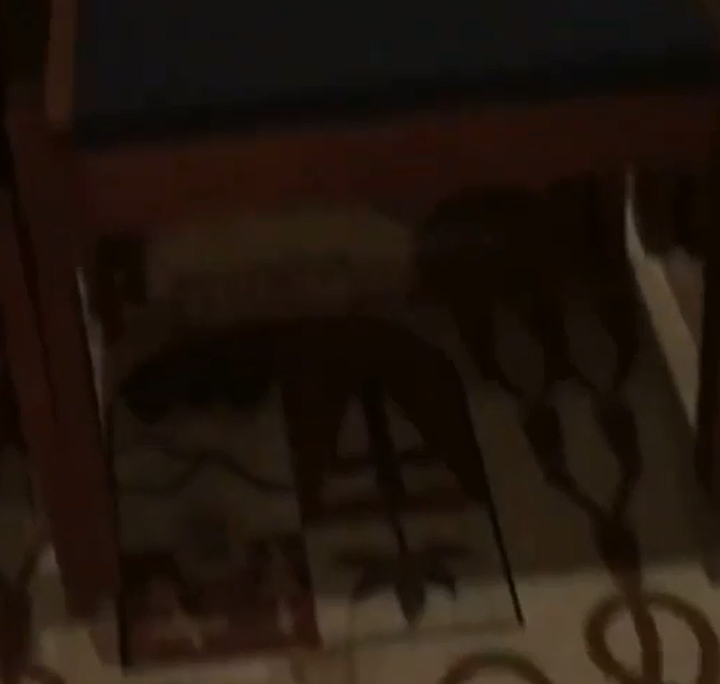 “We know it is cannabis, and not a palm, due to close-up inspection of the leaves, a technique used to veil Biblical cannabis art around the world among palms, roses, lilies, figs and passionflower leaves,” says Alan Gordon, who serves The Healing Church as canon,  or church law advisor.

“We cannot imagine a careless or legitimate placement of chairs over Papal insignias laid out where they are for a specific reason,” says Gordon.

An earlier example of suspicious chair movements related to cannabis art involves two incidents related to the special chair installed for the Sept 2015 visit by Pope Francis himself.

According to Armstrong, the new “nard” (perfume) flower on the Pope’s amended familial ancestral Coat-of-Arms (a design affixed to the Papal Chair) is neither spikenard nor nard lily, but another type of nard entirely  --  cannabis  --  but, she says, Basilica officials broke tradition for the Pope’s visit and hid the flower design on the back of the chair, despite all prior Popes’ Coats-of-Arm appearing on the front of such chairs.

“I thought it was just me, at first, but when the Basilica actually hid the chair in storage during teen sleepover nights like the March for Life, I knew they were deliberately hiding it, says Armstrong.  Armstrong also is deeply troubled by the way the chair is currently arranged secondarily to the chair of Pope Benedict, when the current Pope’s chair should be the centrally-displayed, raised one.  Gordon says some Vatican officials also have been caught trying to bury the nature of the Pope’s amended Coat-of Arms (ancient, ancestral family crest), and so suspects a wider conspiracy to shush the truth that Biblical anointing “nard” was the Exodus 30:23 anointing oil ingredient called “kaneh bosim” (KNH BSM)  --  cannabis.. 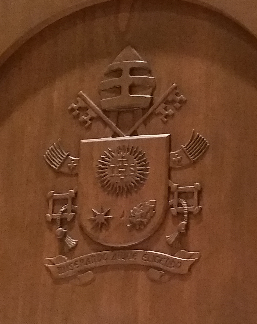 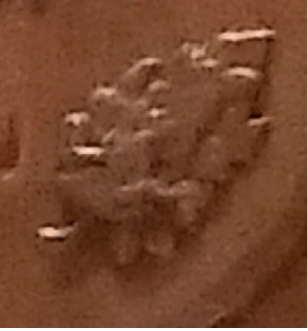 with 2 other versions provided for visual clarity 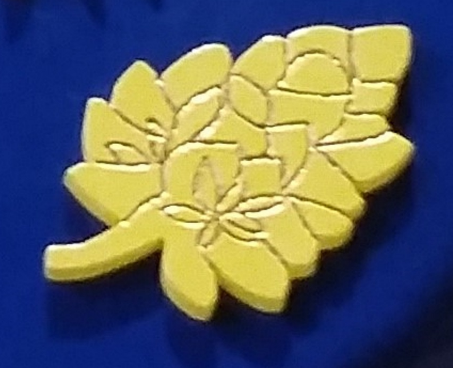 Armstrong feels the clandestine chair movements are likely the work of a suspected rotten branch of the church who molests children with the help of a corrupted clergy/security/police interface documented in several major US cities, including the Baltimore Diocese where police and church officials stand accused of murdering and covering up the 1970 death of nun Catherine Sesnik.

“Because we caught Basilica and other Catholic Security, in several cities, attempting to deploy unlicensed volunteers to bully people, faking credentials, using fake names, obscuring their IDs, and fabricating criminal reports, any dishonesty in Church security or physical grounds-keeping should probably laid it their feet and not at the feet of honest Catholics,” says Gordon.

“We’re used to being ‘fake-news’d’ about Catholic Biblical cannabis art, like that time we found cannabis bud designs in the dress of Our Lady of Guadalupe, but all the news said we claimed background “stars” were cannabis, instead,” says Armstrong.

According to Gordon, the Catholic Church, too, has been getting fake-news’d about cannabis, for hundreds of years.

“Dozens of news articles wrongly and universally claim the first ban on cannabis was by 14th century Pope Innocent VIII in a witchcraft ban, but the Pope’s 1484 anti-witchcraft edict not only omits cannabis entirely, but was famously hung on a hemp cord and was called a litterae cum filo canapis,  and so can hardly have banned cannabis.  Still, the confusion over Papal ban documents (always hung on hemp cord) and a cannabis ban is re-printed by mainstream media, over and over, to this day.  Likewise, a comment against State reliance of “sin” taxation of “soft drugs” by the current Pope Francis was said by news media to have targeted cannabis, and yet the Pope’s speech in Italian never mentioned cannabis at all, and instead was a philosophical comment about relying on sin money, not a claim that cannabis was in any way a sin.